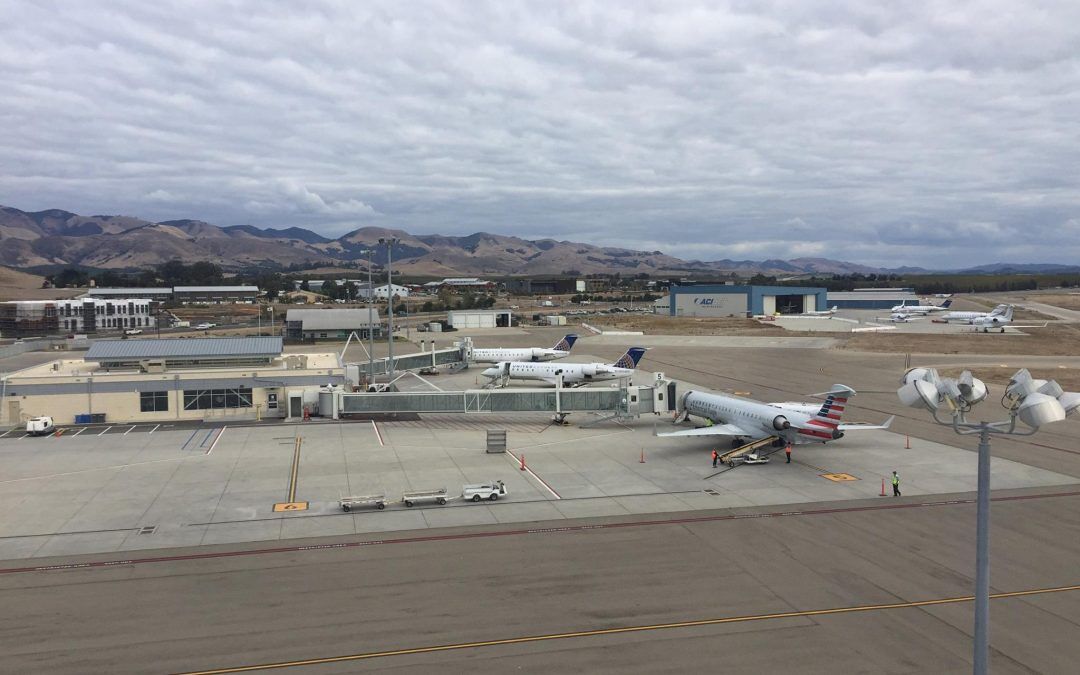 SAN LUIS OBISPO, CA — The San Luis Obispo County Regional Airport (SBP) saw 485,911 passengers come through its doors in 2018. The amount is 19.2 percent higher than 2017’s 407,696 passengers and sets the record for the most annual passengers in the airport’s history.

United Airlines enforced its position as the airport’s largest carrier, adding a second daily flight to Denver and bringing in larger planes on existing routes in 2018. With a total of ten daily flights to Los Angeles, San Francisco, and Denver, the airline flew 279,326 passengers last year. American Airlines, which flies four flights a day to Phoenix, carried 158,780 passengers; Alaska Airline’s daily flight to Seattle carried 47,805. October was the airport’s best month of the year, as 46,514 total travelers passed through the terminal.

“We’re thrilled to see the growth here at the airport,” said Kevin Bumen, Director of Airports for San Luis Obispo County. “As airlines invest more in the region by offering new flights, the community is investing in return by flying out of their local airport. We thank each and every person who flew in and out of San Luis Obispo in 2018, and hope to see them again this year.”

The increase in passenger numbers is just the latest milestone in an impressive growth trend at San Luis Obispo Airport. SBP was recently named one of the fastest-growing airports in North America, after seeing a 23.4 percent passenger increase from 2016 to 2017. In total, the airport has virtually doubled its passenger numbers over the last five years.

This year is also looking promising for continued growth at SBP. American Airlines recently announced it will begin daily nonstop service to Dallas/Ft. Worth this April.